Voices in Cultural Studies @ The Panels on Panels Conference

"The Insubordinate Details of “Moderne-ity”: Feminine Flourish in Lifestyle Illustration and Romance Comics"

Comics characters needn’t be over-rich in detail to have affective power; detail can work against the sequential flow of images that defines the medium. Detail that doesn’t contribute to narrative could be regarded as fussy, ornamental, leaving the artist open to the charge of being more of an illustrator — a term used a pejorative by cartoonists, artists, and art historians alike. The commercialism of illustration put it at odds with the ostensible purity of the fine arts, as did its emphasis on production over inspiration. NC Wyeth, for example, came to see illustration as, by definition, theatrical, and unalterably possessed of theater’s artifice. But there are comics artists and genres and readers for whom details and ornament matter, for whom “illustration” (or theatricality) is not a pejorative. There is phenomenological and affective power in the details of faces, bodies, and settings, abetted by compositional strategies that bind them together into something that ventures onto more mimetic terrain than comics usually occupy. This level of detail is common to “soap opera” comic strips and romance comics: media directed more to adults than children; more to female readers than male. These owe much to the wave of commercial illustrators associated with postwar women's magazines. Beyond illustrating fiction or selling products, this work needed to reflect contemporary life and fashion in exciting ways — the best was strikingly modern, indeed modernist, in its treatment of word and image, color, picture plane, and heterogeneity. It has come to be called lifestyle illustration — something that I’ve been calling Moderne-ity. Roland Barthes regarded the detail as something of a “luxurious extra” in art and literature — never just boringly necessary, but something sensual and eroticized. “Eros resides in the detail, because the detail is always at least partially sited in a real body,” he writes. The details of a lived and vital milieu grounded the work of these illustrators and comics artists in the tactile, sensual realities of fashion and postwar abundance.

Scott Bukatman is Professor of Film and Media Studies at Stanford University. His research explores how such popular media as film, comics, and animation mediate between new technologies and human perceptual and bodily experience. His books include Terminal Identity: The Virtual Subject in Postmodern Science Fiction, one of the earliest book-length studies of cyberculture; a monograph on the film Blade Runner commissioned by the British Film Institute; and a collection of essays, Matters of Gravity: Special Effects and Supermen in the 20th Century. The Poetics of Slumberland: Animated Spirits and the Animating Spirit, celebrates play, plasmatic possibility, and the life of images in cartoons, comics, and cinema. Bukatman has been published in abundant journals and anthologies, including October, Critical Inquiry, Camera Obscura, and Science Fiction Studies. 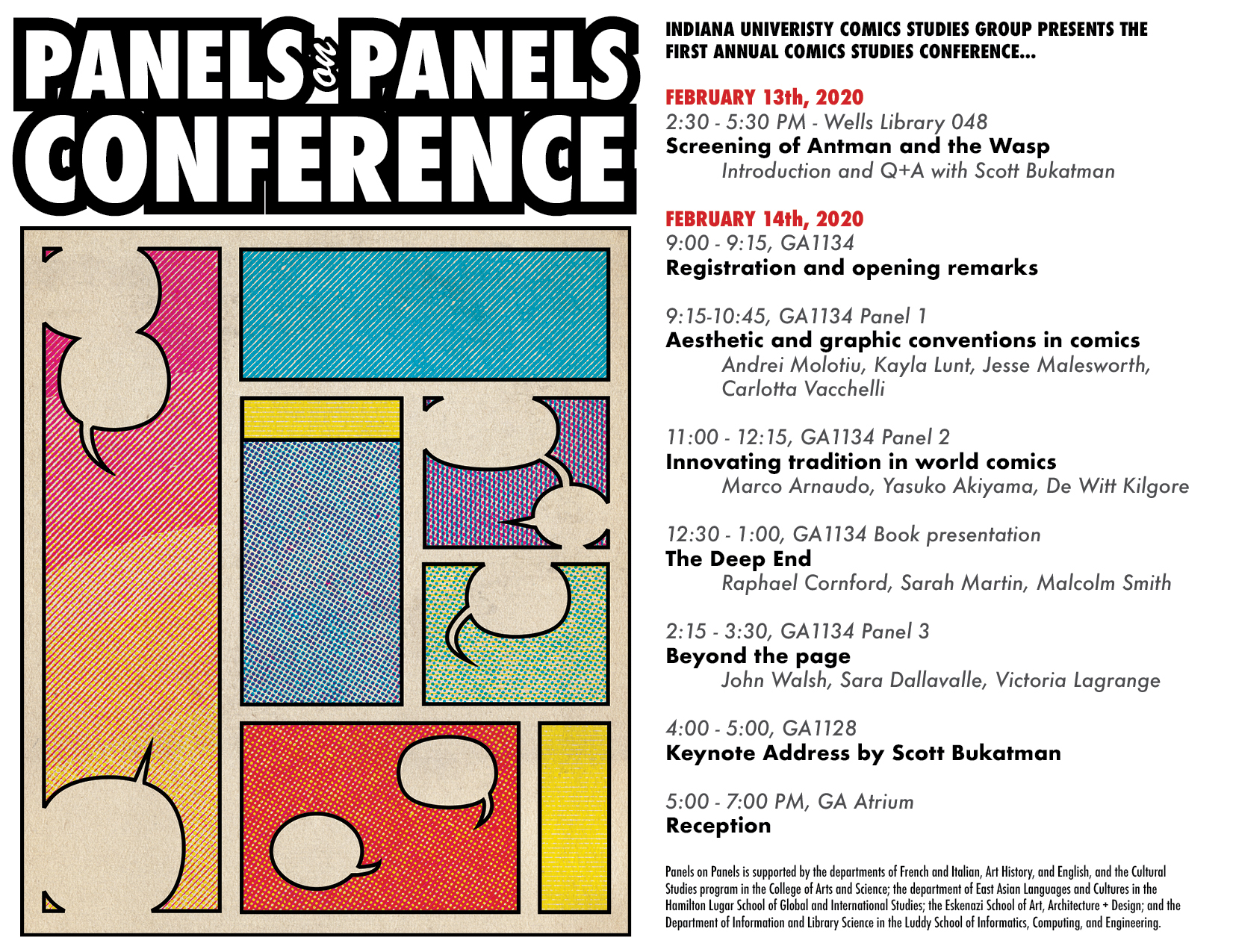